GET READY TO LAND, LOOT, AND DO WHATEVER IT TAKES TO SURVIVE AND BE THE LAST MAN STANDING!

PUBG stands for PlayerUnknown’s BattleGrounds. This game is developed by PUBG Corporation. And it’s publishers are PUBG Corporation (windows), Microsoft Studios (Xbox) and Tencent Games(mobile). It is an online multiplayer battle game. In this game, 100 players parachute onto a remote 8×8 km island. Players have to locate and scavenge their weapons, vehicles and supplies, and defeat. The player, who could survive till last, would-be winner. The current version supports more than 500+ Android devices.

A brief sketch of PUBG Mobile

In this game 100 players leap from a plane with a parachute on different locations on a large scale map. The objective is simple, be the last player or squad standing by any means necessary. How you survive and how you choose to play the game is up to you. All players begin with nothing to defend themselves and they have to search houses or nearby areas for weapons and healing items. This is referred to as LOOTING. And it is typically the first thing you do after landing.

Loot is randomly distributed around the map. But some areas are more likely to have better loot. You never know what you find in any given location. It’s your choice to parachute in a crowded and dangerous location with large quantities of loot or somewhere in a small and safe location with less quantity of loot.

The loot you obtained throughout the game might affect how you play the game. If you found shotguns then focus on short-range encounters or found a rifle and 8x scope then explore the mountains and kill the distant enemies. 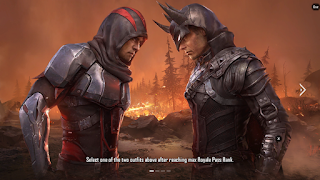 During the game, a large circle is randomly placed on the map. This circle is the new play area for all players. Once inside the circle, the game will continue as normal. The area outside the circle is called the Blue Zone. If you are caught inside the blue zone then your health will slowly drain until you have no more. The circle will keep on reducing in size in phases and this encourages you to keep moving and also makes it difficult to stay hidden for too long.

Of course, there is a lot more in PUBG than just simply staying in the play area. Utilizing the environment is essential. You can snip through rooftops of buildings or you can hide behind trees. It’s all fair games.

You can make it is survival as well as action game by finding weapons, medi-kits, grenades, vehicles, etc. Different types of noises also play a crucial role while you play.

Vehicles are scattered all over the map. You can have a buggy, motorcycle, bus, car, jeep, boat, and even jet skies; each with different capacities and speed. In this battle royale being the last player standing is the ultimate goal.

You may not win first but if you can quickly loot an area, master on weapons and survive in the top 10, you will get Chicken Dinner in no time.

It has good gameplay. There are different battle zones to play in this game.
These can be classified into 2 categories: 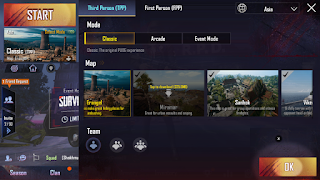 Classic mode can be some classified into four categories:

Let me give you a very short description of all of the maps of classic mode:

It is the most played and loved map among all of the maps. In this map, there are buildings, hilly areas, and bushes everywhere it needs some patience to play because as the playing zone decreases players gather in a small zone and they hide in bushes, behind trees or rocks. It becomes difficult to predict the location of the Enemy. They may be even crawling in front of you, but you would be unable to see them because of the bushes. So you need some patience and experience to predict the location of your enemy and get the chicken dinner.

In this map, you can play with a little bit aggression because in this map there are buildings and the vast desert only there are no bushes. It is difficult to hide. You can only hide in the buildings if you are moving in open, then you can be spotted easily. In a small zone, players become a little bit predictable. So you have to show some skills, experience, and aggression to get a chicken dinner.

Sanhok is an island of 4×4 km compared to other maps that are spread over an 8×8 km area. Its main theme is jungles and mountains. It does not have large buildings but small huts and houses. Although the theme is primitive but you will get most of the weapons and vehicles here. Sanhok was the first map where the dynamic circle was implemented. The dynamic circle calculates if the blue circle should move faster or slower according to the left players.

This is the latest map introduced in PUBG Mobile during Christmas. It is a snow map. Everywhere is snow and houses. This map is also quite popular among players. This map has some new features than other maps. Like in this map you can find houses and trees very near to each other. Trees are much larger than trees in other maps. You can spot footprints of your enemy on the snow. This map is a beta version. It means they are still working on this map. This map has cool places to Parachute like Dinopark, cosmodrome, Castle, etc.  I love to play on this map. 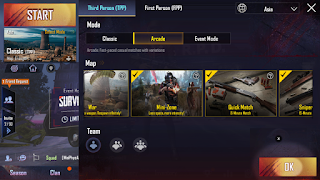 Arcade mode can be subclassified into four categories

It is a 15-minute match where 20 players parachute in a small zone. All players are given bandages, medi-kit, grenade, and a gun before landing. The player or squad gets chicken dinner if they score 200 points before anyone else. Points are given on the following basis:

b) +1 point on reviving your teammate.

Additional drops appear after every 110 seconds. The match continues until anyone scores 200 points within 15 minutes. If no one could achieve 200 points in 15 minutes then the squad with maximum points after 15 minutes will be the winner. It is quite interesting to play.

In a quick match 28 players land in a small zone. It lasts for 8 to 9 minutes only. That’s why it is called a quick match. It is like other classic modes but has comparatively fewer players that are 28, less area and less time. Within the quick match, you can get several types of matches like you can get a match of shotguns only where you will find shotguns or There can be a match of items heaven where you can find all types of guns or you can even find Melee where you would get hand weapons like the pan. No machine guns, snipers and no shotgun. It is completely random which type you are getting.

Sniper training is a  15 min match. 40 players land in a small zone. They only get sniper in weapons. VSS is found abundantly most of the times. You will snipers like Kar98, M24, Mini 14, VSS etc. This mode is very helpful to improve your sniping skills. If you are good at sniping then you on you to Pro player. 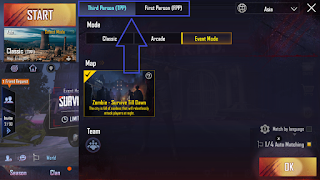 In First person perspective, you can play something more realistic. You cannot see yourself, you can see your hand while you play like you are really present there. It is a little bit difficult but if once you have mastery in FPP then it can be more effective than TPP. Usually less players play in FPP mode. But even some Pro players play in this mode.

In the Third person perspective, you see yourself as any third person is watching you. You can see your whole body from the front and back. It has a completely different experience from FPP. Most of the players play in this mode.

Also in TPP, you can rotate your head 360 degrees but in FPP you can only rotate approximately 180 degrees only.

But you must play FPP if you hate snakes. Snakes mean the players who use to crawl the whole time.

Here is a training mode also where you can improve your skills and try some experiments. You will be provided everything like all scopes, weapons, melee, vehicles, and grenades. Moving targets will also be provided at different distances to improve your shooting skills. You can do other things also like if you want to set the sensitivity of the game then you can open training mode and then experiment on different sensitivity levels.

In a room, you can play with your friends or anyone who have the ID and the password. Have you ever wanted to fight against your friends, then create a room and invite your friends. No external person can join until they have the password and the ID. You can create a room with room cards only. Many you tubers create their room and then create videos for their channel as they want because the room will only have his friends and he can record as he wants.  But how to get a room card? Read below under clan (heading). 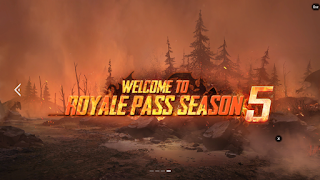 You will get many missions each week. One Royal Pass season lasts for approximately 8 weeks.

Your RP increases by one if you get 100 points. There are two types of Royal pass 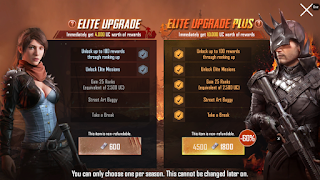 You cannot collect elite points if you have not purchased it. And there are two types of Elite Royal pass, one costs around 800 rupees and another cost 2000 rupees.

Even though Elite pass has more rewards than the free, it does not affect the gameplay. If you have not even completed one mission of Royal pass still there will be no effect on your gameplay. So there is no need to worry if you do not have elite pass.

There are several clans which you can join. In clans, there are many members. After joining any clan, you will get daily missions and you will get points if you complete all missions. There is also a clan shop where you can buy different things with the points you got by completing missions like you can buy Golden frame, jacket. As I mentioned above you can buy a room card also with those points. You can create a room for one match only with one card. If you want to create a new room then you have to buy a new room card. You can also get a room card in the rewards of Royal pass.

There are four servers in PUBG Mobile 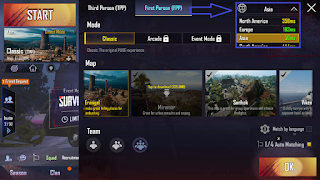 But never forget that there are many amazing players which you can find on any server. So don’t be dependent on servers only to get chicken dinner. 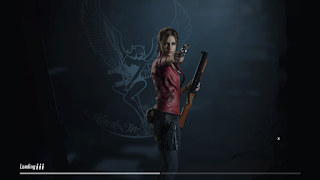 PUBG Mobile is a game of strategy. And to get chicken dinner you must have knowledge of every single detail. You must know about geographical location, weapons, and their damage. So, guys, I hope that you got enough knowledge about PUBG Mobile.

Based on your Interest